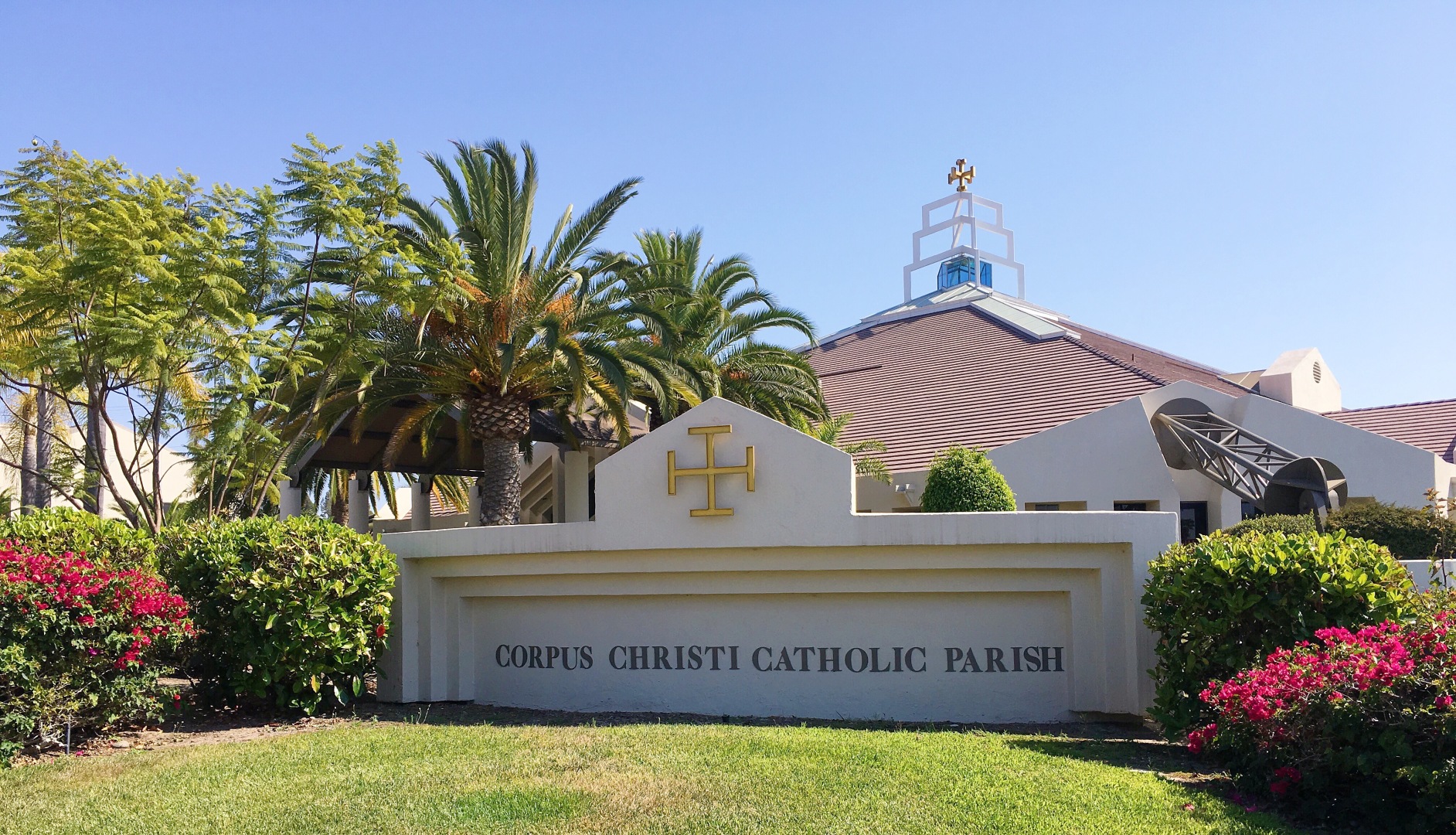 In 1989 the worship site was moved to a commercial space that previously had been a hardware store next door to the Bonita Post Office in the Bonnie Brae Shopping Center. From its beginning in 1984, Corpus Christi experienced fantastic growth, starting with less than 200 families and continued to 800 families by 1989.

Deacon Jim Hitch, one of the founding members, recalls the challenge of not having a permanent home. “We had mass at Good Shepard Episcopal Church, at the Bonita Golf Club, and eventually found a temporary home at Holy Hardware as the parishioners called it.”

In 1986 the Parish purchased a five-acre site in Bonita Long Canyon, on the corner of Corral Canyon Road and Country Vistas Lane. Planning began for a permanent church facility. Reverend John G. Proctor, Jr. became pastor in September 1986. On Sunday, September 10, 1989 Corpus Christi Parish broke ground for its permanent home on Corral Canyon Road. The first mass was held in the new church on Christmas Eve December 24, 1990. Deacon Jim Hitch began serving the parish as a deacon in 1992.

On September 1, 2009 Corpus Christi Church celebrated two special events: commemoration of its Twenty-Fifth Anniversary as a parish, and the ceremonial ground breaking of the new Parish Hall. A special Thanksgiving and Remembrance Mass was celebrated by the Most Reverend Robert H. Brom, Bishop of San Diego.

On June 25, 2011 we celebrated the Feast of Corpus Christi and Bishop Brom dedicated our new Parish Hall marking a new era in our parish life. On September 13, 2011, we opened a preschool in the building we formerly used as our CCD classrooms. Leanna Zarzar Prelle was the founding Director of the Preschool.